Our vision of the European Payments Initiative (EPI)

The EPI (European Payments Initiative) of 16 European banks has gained considerable momentum in recent months, followed by the foundation of the ECPC (European Card Payments Cooperation), with the objective to align, standardise and connect the domestic card schemes on the basis of the CPACE technical specifications.
It is clear: European sovereignty in retail payments is the main driver behind these developments, but is it enough to resist international competitors? 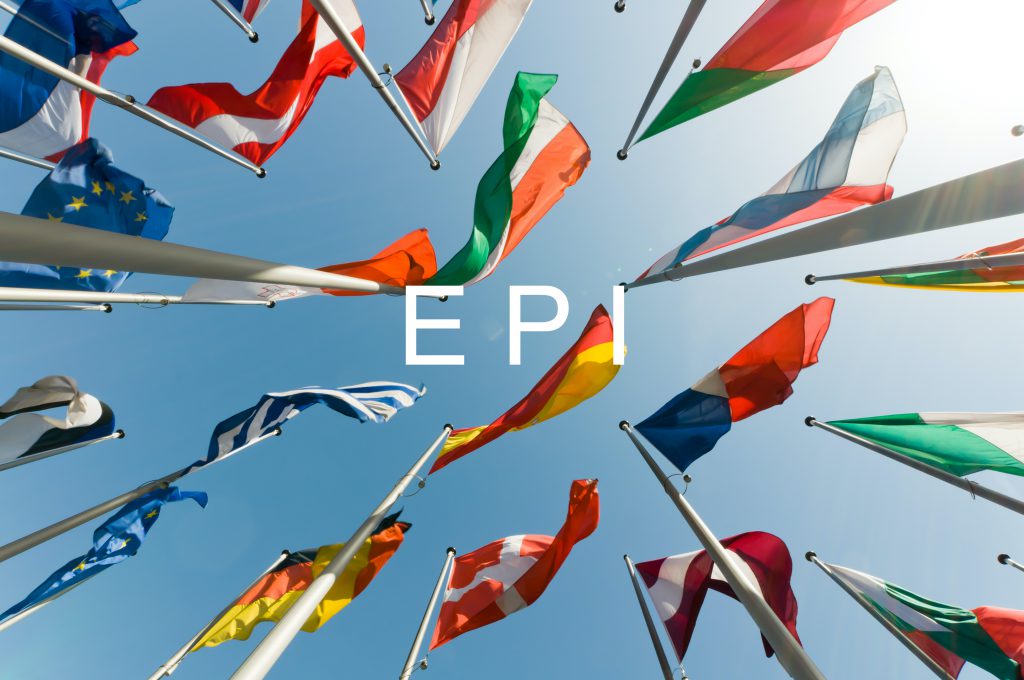 After the SEPA Cards framework was introduced years ago, there is still a lack of standardised payment transactions in Europe. It is still teeming with domestic payment systems that stop working at national borders. The main reason: there are no real European alternatives. In many European countries, the banks have not accepted the international card schemes’ offer to realise SEPA by means of Maestro or V Pay. Now, more than ten years later, they are faced with the disadvantages of that decision: however large the French or German economy is, a payment system like Carte Bancaire or Girocard has too few economies of scale to continue to compete successfully with Mastercard and Visa and to keep up with market innovations.

And then there are also new and powerful players on the block, i.e. the Big Tech companies that are increasingly integrating payments into their customer proposition. The card schemes and the Big Tech companies have enormous market power, but… they are not European. European banks do not like to depend on non-European players who set the rules in American boardrooms, who can increase scheme and interchange fees at will and who can exploit the payments data of millions of European citizens. The European supervisors think alike: the European Commission and the ECB welcome autonomous European initiatives. The EU has recently introduced its retail payments strategy. Although the European Payments Initiative (EPI) is not mentioned by name, this initiative by 16 European banks fits in seamlessly. EPI has therefore taken off after considerable pressure from the Commission and the EU.

EPI builds on the success of the SCT Inst infrastructure and banking APIs. Instant payments technology has not yet been introduced in all corners of Europe, and the regulators see EPI as a catalyst in this development towards a single, reliable European infrastructure for retail payments. But the question is how this technology compares to other existing technologies, e.g. the cards infrastructure?

For the time being, the EPI plans have few ambitions with regard to major, innovative improvements for European consumers and merchants. As Eric Tak, member of the EPI steering committee, says in the interview we had with him, the motto is “first migrate, then upgrade”.

If we simplify and visualize the current strategy, EPI will realise the infrastructure at the level of the core products and services. Subsequently, the banks will realise their card systems and banking apps on that foundation. The innovation layer could then be further developed in collaboration with Fintechs, in the form of added-value services. This includes, for example, consumer lending, shopping support, cashback, etc.

It is not the first time new payment initiatives have been launched on the European market. We’ve seen Monnet, Payfair, but also private initiatives such as Seqr. The challenge in launching a new payment initiative or payment method is to quickly scale up with users on the issuing side, while simultaneously creating substantial acceptance on the acquiring side.
If either of these is missing or if the proposition is not attractive enough to consumers or merchants, the initiative is unlikely to move beyond the infant stage.

As shown above, the sovereignty of European players is the driving force behind EPI. The initiators share the desire of the regulators to replace their domestic schemes, such as Girocard and Carte Bancaire, with a European standard, whereby data is managed on the European continent, within EU legislation.

The question is whether this driver is also a healthy economic one. Does the replacement (or connection within an ECPC ecosystem respectively) of domestic schemes bring sufficient value to cover the investments and operational costs, for example in the form of lower processing costs and scheme fees? The card schemes and Big Tech companies bring many innovations to the market, making them hard to beat.

For a number of European banks that still use a domestic card scheme, EPI will be a window of opportunity: a way to get rid of legacy systems and benefit from best in class technology and scale. As an example we can think of the exploitation of payment data. Consumers may have less contact with their bank than with Google or Apple, but in combination with click data and other usage data from banking apps and online services, the payment data is a great source of knowledge about preferences, interests and needs that is still only scarcely used. The same way the Big Tech companies are using payments data to profile their customers more and more specifically and to offer tailored services, banks can copy that trick. For many banks, this is a more attractive alternative than handing over their customers’ payment data for free – to the same Big Tech companies.

Conversely, one could also wonder whether the competition is able or willing to copy the EPI services. Major existing players, such as Big Tech and card schemes, generally tend to wait a while to see how a new development evolves and then step in with a lot of power by leveraging their consumer reach and investment capabilities.

Overall, we see three scenarios for the development of retail payments in Europe and the role of EPI in this.

Scenario 1: EPI succeeds in committing the main European banks and in rolling out the technical standard infrastructure within a year.

The EPI sounds promising from the perspective that the existing SCT Inst infrastructure and API bank connections are used. That is a big difference with previous initiatives such as Monnet and Payfair. However, we have to keep in mind that this infrastructure is not primarily set up for retail payments. Additional investments are necessary to create market readiness for retail payments.
If European banks succeed in working together and overcome (cultural) differences, there must be sufficient economies of scale to make EPI a success. The largest domestic systems in Europe, Girocard and Carte Bancaire, could be replaced by EPI. This immediately produces a high volume and forms the basis for further growth. If more banks join the initiative, this further guarantees the desired scale from an issuer perspective.

Scenario 2: the international card schemes are adopting the technical standards of instant payments and open banking. The investments are too high for EPI to follow.

When it comes to infrastructure, it will be very difficult to beat the card schemes. The dominant card schemes, Visa and Mastercard, have invested billions in their infrastructure and have global reach. In addition, their service portfolio is very extensive. The palette ranges from cards to token services that are accepted in all types of industries and in all customer segments.

Card schemes are highly successful around the world, showing double digit growth year after year with healthy profitability. At the same time, card schemes respond to all developments in the market, such as open banking and instant payments. They have turned themselves into technology companies. Investments in technical talent and acquisition and integration of Fintechs are an important part of their strategy.
An important disadvantage of card schemes versus banks and Big Tech is that they do not “own the customer”: they don’t have direct access to cardholders and merchants. The card schemes provide their services to banks and financial institutions, which means they are highly dependent on the decisions of their clients. Obviously, the relationships between card schemes and banks are very close. To protect their position, the card schemes will make sure their offer remains very attractive to the banks.
With such attractive business partners as an alternative, EPI could lose out: too expensive and ultimately too little added value.

Scenario 3: Big Tech companies become the dominant players in the retail payment market, as technology is the main market driver.

Big Tech companies such as Google, Amazon, Apple and Alibaba have achieved a dominant role in consumers’ lives worldwide. They have perfected their customer journeys around shopping and payments. In addition, most Big Techs already have a banking license or a payment institution license to provide financial services, such as Ant Financial.
With all those customer contacts per day and their integrated apps, Big Tech companies are in an excellent starting position to further increase their market share and become dominant in the European retail payments market. You can see from the success of Apple Pay how fast that can go. The question is how EPI can withstand that market power.

Which scenario will prevail?

This playing field will probably remain fragmented for a few years before clear winners and losers can be identified. Banks, card schemes and Big Tech companies will try to entice consumers and merchants to choose their services. The role of Fintech companies is interesting in this respect: they will respond to all these developments with technological solutions. Evaluating these three scenarios against criteria such as customer reach, innovative power, user centric design and brand value, we believe the Big Tech companies have the best credentials to ultimately win the game, but much will depend on the strength of EPI and the pressure that the EU and the ECB continue to exert to make a truly European alternative possible. Time will tell whether that will be enough.