Finally: a Dutch debate on the digital euro

Or click here to listen via your fav podcast app, including Spotify, Apple Podcasts, Google Podcasts, Anchor and Amazon Music.

The digital euro: too technocratic?

The European Central Bank (ECB) is concerned about the value development and availability of the euro. In light of the decline in cash, the ECB is seeking to strengthen the use of public money and improve the stability and resilience of our payment infrastructure. The ECB is particularly concerned about the ratio between public and private money: coins and banknotes now account for only 5% of the total money supply. That is the main reason that work is being done on a digital variant of cash: the digital euro (we recently published an article that elaborates on the rationale for the digital euro).

The digital euro project seems unstoppable. In September, the ECB announced a partnership with five companies to develop user interface prototypes for the digital euro. The results are expected in the course of the first quarter of 2023. In addition, the European Commission (EC) has announced that it will present a legislative proposal for the digital euro in the second quarter of 2023. A final decision on implementation must then be made at the end of 2023.
To some, that seems late. In any case, later than a number of countries outside the eurozone, such as Sweden, about which we recently published a case study. But for others it all happens very quickly.

Until recently, there was little public interest in CBDCs and the digital euro in particular. But in  the Netherlands, criticism is growing of the technocratic nature of the process, which seems to take place largely outside the political arena. The subject also seems to be coming to life in the (social) media. And on the other side of the spectrum, Dutch banks have their doubts: they wonder aloud what such a digital euro is actually needed for.

In addition to all the complex considerations that the ECB already has to make (see our previous article), the central bank will have to take into account increasing resistance from society. To respond seriously to this, more is needed than an extra communication effort.

On 23 November 2022, the Finance Committee of the House of Representatives held a debate on the digital euro. Prior to the debate, Minister Kaag sent a letter to the House in which she tried to dispel any doubts in advance.

This doubt is widely shared within the House of Representatives and mainly concerns the lack of democratic control and the privacy aspects of the digital euro. Mahir Alkaya (SP), one of the two rapporteurs on behalf of the House of Representatives, sees the digital euro as a test for democracy in the EU. The signs, he says, are alarming. After the credit crisis, a number of political parties saw the digital euro as a potential vehicle to limit the power of commercial banks in the financial system. But in the meantime, the ECB has assigned commercial banks an important role in the digital currency ecosystem (the “two-tier model”) without significant political scrutiny. Another writing on the wall, according to Alkaya: no representative of a national parliament was invited to a joint conference of the ECB and the Commission on 7 September on the development of the digital euro. Co-rapporteur Eelco Heinen (VVD) is also critical. He is mainly concerned with the “stretched mandate” of the ECB. It could use the digital euro as a monetary tool, and could, for example, hand out “helicopter money” to European citizens during economic crises.

Apart from the lack of democratic control, the critics are very concerned about privacy. As with cash, individual payments should be untraceable. The technical programmability of digital euros, which could, for example, allow the ECB to attach payment restrictions to them in the future, is also a cause for concern. The House of Representatives therefore passed a motion by an overwhelming majority in July, stating that the digital euro must facilitate anonymous payments and may not be programmable.

In this context, the ECB constantly points out that the digital euro will comply with all European privacy regulations. It is also being investigated whether digital payments can remain private below a certain threshold. In an interview we had in June with Inge van Dijk, Director of Payments and Market Infrastructure at DNB, Mrs Van Dijk said about this option:

“When designing the digital euro, we are looking at options to go beyond this baseline, but that requires the cooperation of legislators and political support. This would allow the digital euro to replicate some of the features of cash and allow greater privacy for lower value payments, which typically carry few risks in terms of money laundering, terrorist financing and breaches of relevant EU law.”

Prior to the parliamentary debate on 23 November, Mrs Van Dijk published a blog in which she once again tries to dispel concerns about privacy aspects:

“Let me say right away that it’s simply not true that the government can view the payments you make with digital euros. The reports circulating about this are utter nonsense. Even at the central bank, responsible for issuing the digital euro, we will not and do not want to have access to consumers’ payment data. Privacy is matters a great deal, and fortunately it is firmly enshrined in our laws.”

Opposing voices can also be heard from the commercial banks. According to the Dutch Banking Association (NVB), the introduction of the digital euro in the current set-up brings little added value for Dutch consumers and businesses compared to the currently available means of payment. After all, accessibility to the payment system in the Netherlands is very high and good private payment solutions are available for the proposed application. The NVB writes on 18 November that “in the interest of financial stability and resilience of the banking system, the function of a public digital euro should in any case be limited to a means of payment, and use as a means of savings or investment should be avoided”. Since there is no digital alternative to a bank account to hold money in euros, banks are guaranteed financing with savings. Therefore, the banks fear increasing competition between account providers when the digital euro euro is introduced.

Finally, the NVB states that the possible introduction of the digital euro requires a broad political and social debate.

The critics are right that the digital euro project largely eludes scrutiny by national parliaments. They are informed at regular intervals, and they have to make do with that. The lack of control, however, is a consequence of the fact that with the departure from the guilder, the Netherlands has simply handed over control of its currency to the EU and ECB. The frustration about that comes 20 years too late. However, an important role is reserved for the European Parliament and the European Council. According to Finance Minister Kaag, the Netherlands has the large member states (Germany, France, Italy and Spain) on its side when it comes to concerns about anonymity and programmability. But the question is how stable this coalition is, and whether this will actually lead to adjustments in the design of the digital euro. After all, there are major cultural differences between the euro countries, where there are very different views on cash and privacy. And there are major differences in the adaptation of digital payment methods.

Concerns about privacy are also justified. While European laws are a beacon of light around the world when it comes to protecting citizens’ rights, there are no guarantees that this will remain so forever. Data that is off-limits today could end up in the dragnet of government agencies tomorrow, or 15 years from now, with potentially unpleasant consequences for the legal position of unsuspecting citizens and businesses. Nevertheless, it would be wrong to stop developing the digital euro because of that concern. As with cash, hard limits will have to be built into the design of the digital euro, within which use is anonymous. From higher transaction amounts, checks are possible to prevent money laundering and criminal activities. This also works with cash. Today, if you want to buy a €15,000 car, you can only use up to €10,000 in cash, and the seller is required to conduct a customer due diligence.

Because it will be much easier to monitor transactions with the digital euro than with cash, strict conditions will have to be imposed on app and other financial software developers to guarantee that European privacy rules are respected for accounts and transactions in digital euros.

The “two-tier model” also offers the banks room to retain their power. Just as cash is issued by the central bank, but distributed by commercial banks via ATMs, the same set-up has been chosen for the digital variant of cash. The ECB has no need to develop apps and websites in every country and to enter into a customer relationship, with all the complex responsibilities that come with it. We think the choice to assign that role to the private sector is logical. In practice, these will often be the existing banks, but other players can also offer digital euro accounts. That seems like a healthy development to us.

And last but not least

The central banks will have to do more than write blogs, give speeches, point out existing regulations and “research” into “possible” adjustments to the design. It is right that the NVB calls for a broad political and social debate and it now seems to be happening in the Netherlands as well. It is crucial that legitimate concerns are then actually acted upon. The project must be prevented from giving new nourishment to distrust in public institutions and the populist undercurrent in Europe that fears a surveillance state, before the digital euro even comes into existence. 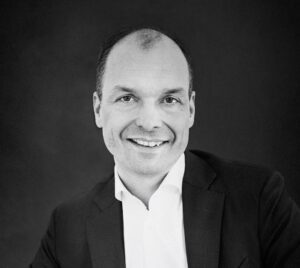 PrevPreviousSkandal! Bringing down Wirecard 2022
NextThe rationale behind Compliance on demandNext