As a member of the European Payments Consultants Association, we regularly exchange ideas and best practices with our fellow members at EPCA. One of them is CleverAdvice, an independent Italian Payments Services organisation. In this article Marco Fava, CleverAdvice’s Managing Director, shares his thoughts about Design Thinking. And he describes an interesting use case: the design of a state of the art Digital Onboarding process for Nexi Payments’ acquiring services.

Design Thinking is a methodology geared at solving problems in an agile way. It is increasingly used to support business transformation and innovation projects.

Structure of the approach

Design Thinking is driven by an interactive, customer-centric approach structured in five phases:

Our experience in helping a leading acquirer

We used Design Thinking to help Nexi Payments, a leading European payment services provider, to create a top-notch Digital Onboarding process for acquiring services (1). Our mission was to design an end-to-end digital process aimed at onboarding smaller and medium-sized merchants with significant ecommerce activities and/or growing in that space. We turned to a design thinking methodology to design a user-friendly process, simple enough to attract smaller merchants and inexpensive to be run and maintained for the acquirer.

To get a comprehensive understanding of the business and emphatic needs of the target users, we involved a group of prospect customers in a few co-creation events. We used co-design techniques aimed at involving them in the design of an onboarding experience that they would love.

We followed a Design Thinking methodology with a few iterations to converge to the best possible output.

Integrating a structured approach with an empathetic vision made it possible to face challenges with an open mind and avoid a number of pitfalls during the process, including:

Integrating direct feedback prom prospect customers combined with an empathetic approach is the only way to effectively understand the real needs of the customer.

If customer needs are not analysed in proper depth, the team will identify a solution that, once implemented, will prove unsatisfactory. However, if sufficient time is spent in disaggregating macro-needs into their components, the team will be able to find compelling solutions in line with the deepest needs of the target customers, rich in details and easier to prototype.

Good raw material is a must to create a good product. Similarly, a clever idea is usually behind a compelling solution. As such the time devoted to generating ideas is well spent. A single brainstorming session is usually not enough. Generating ideas results from a process that alternates a phase of divergence (free brainstorming) and a phase of convergence (concrete formulation of the idea) and several iterations. For instance, an idea generated in the first iteration is often amended and/or enriched during the second, or the team may realise that the idea cannot be formulated as it is not clear enough.

In the event the team identifies a nice solution and formulates it well but then finds out it cannot be prototyped, the idea must be fully or partly revised or discarded. A frequent mistake is to keep pushing the idea because the team has “fallen in love” with it and is convinced it is the best. This happens because the team members perceive rejecting the idea a loss of self-esteem. But the opposite is true: openly admitting the need to discard his/her own idea is a sign of self-confidence. Another mistake is to allocate too many resources in creating the first prototype as it makes it psychologically hard to discard the idea if it proves inappropriate. Fail fast fail cheap should be the guiding principle.

Live testing – in a real-world circumstance – makes it easier to identify both real strengths and areas of improvement. During live testing customers appreciate the level of usefulness of the solution in a situation where it would actually be offered, which involves also their emotional sphere.
In our situation, if we had simply described the digital onboarding process to the prospect merchants, they would have taken the effort to imagine it and each one would have been biased by perceptions other than those experienced in real circumstances. Presenting the solution to a focus group and collecting their feedback with interviews or questionnaires is simply not good enough as it may lead to a sub-optimal solution. There is no substitute to live testing.

The support from the Design Thinking methodology was key in designing an end-to-end Digital Onboarding process with superior UX, intuitive and user-friendly for the customer and easy to maintain for the service provider. The digital onboarding process that we structured encountered the favors of SME merchants, resulting in low abandonment and ultimately led to 3X onboarded merchants YoY over the last 3 years.

(1) Instant digital onboarding is one of Connective Payments’ key services. Find out how we can help you optimise your customer journey here. 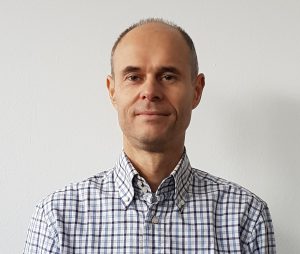 Marco Fava is Managing Director at CleverAdvice. With over 20 years of experience in the payments industry, Marco helps issuers in improving their Open Banking strategies and use case profitability, Commercial payments strategy, customer journeys, digital onboarding and conversion rates. Marco speaks regularly at conferences across Europe.