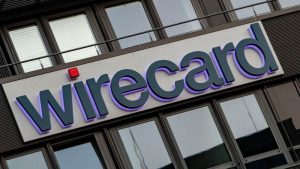 These have been catastrophic times for Wirecard, and the end of the disaster is not in sight. Clients, most notably in the UK, have been affected and look for alternatives.
Otto Vos, Product & Innovation consultant at Connective Payments, oversees the battlefield. How do companies respond and what should be their priorities?

On 22 June, prosecutors in Munich arrested CEO Markus Braun after he turned himself in. Wirecard, pride of the German fintech and member of the DAX index of listed companies, admitted that $2.1 billion in cash the company claimed it had, likely never existed. Following news of the missing billions, the firm’s shares plunged more than 95%, a loss of $15,8 billion in market value. 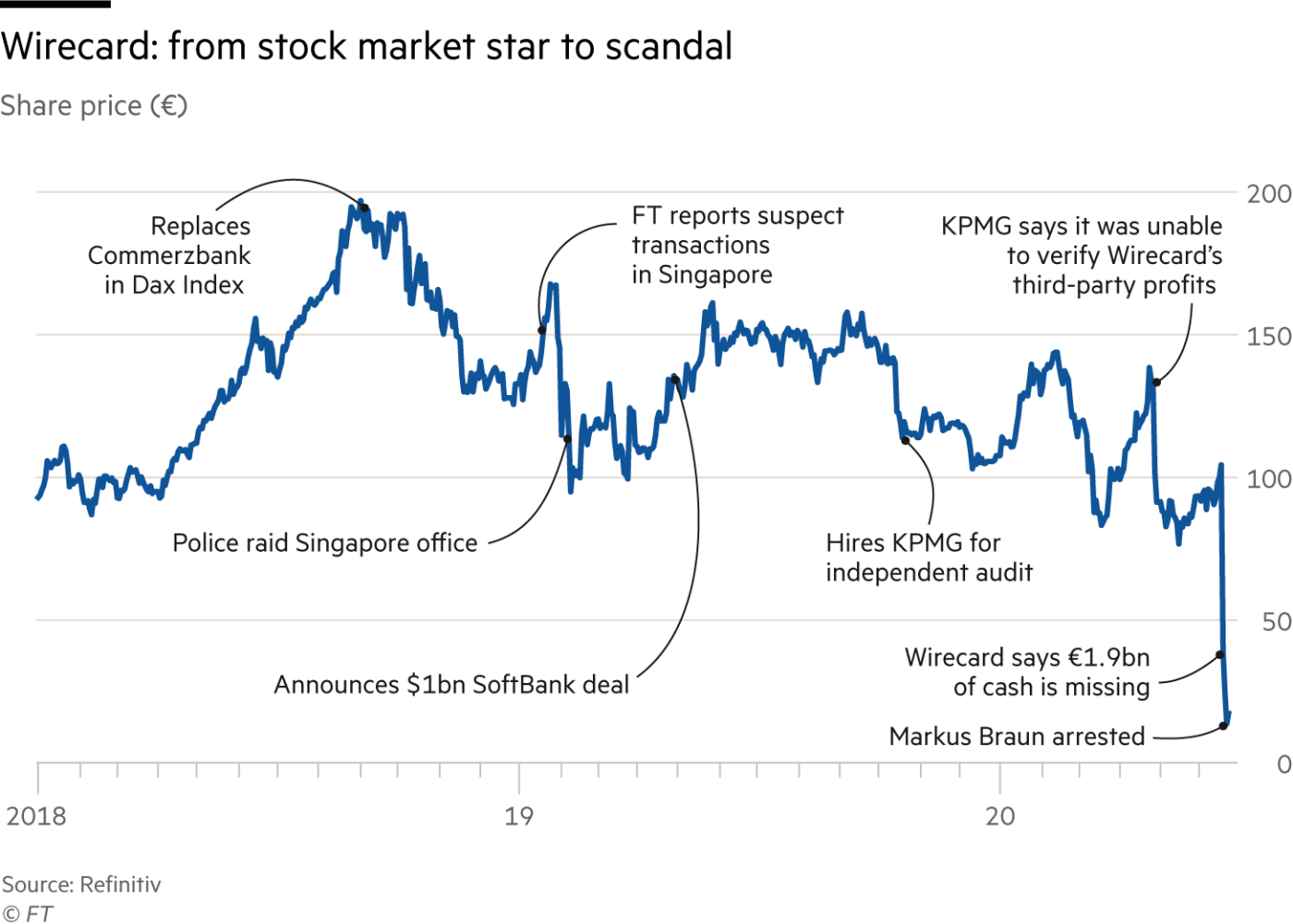 On 26 June, the UK Financial Conduct Authority (FCA) suspended its permission for Wirecard Card Solutions Limited to operate. This overnight decision has affected many companies relying on Wirecard in the financial sector. Mastercard and Visa blocked the authorisations on Wirecard Card Solutions ltd (WCS) cards. Companies using WCS as a card issuer informed their consumers that payments were no longer possible. On 29 June the FCA allowed WCS to operate again. From 30 June onwards consumers could use their card again.

The business impact of the suspension, and beyond, is considerable. 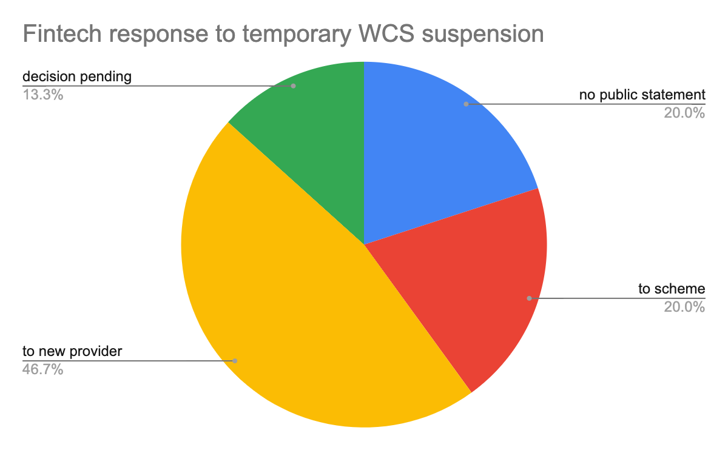 More than 150 Fintech companies could not provide their payment card services to millions of consumers. Companies like Anna, Pockit and Curve found themselves challenged for a response to their worried consumers. “Do I still have access to my money?”, “When will the service be restored?” and most of all “What are you going to do about this?”

Based on a short study of 15 Fintech companies, almost 50% (eg. Pockit, Anna) communicated to their cardholders to consider to move away from WCS to a new card provider. Timelines to move are not mentioned however.

Almost 20% will use a scheme. Most Fintech companies were either already prepared or half portfolio integrated. Curve migrated its portfolio during the blocked weekend, using its principal membership with Mastercard established months earlier in April 2020. Dozen will speed up migration to Visa directly. Timelines here are still mostly within 2020.

Some companies have not decided (<10%) or not communicated 20%, a total of 30% unclear. Most notably Stocard. Also here we expect a strong intention to move to one of the card schemes, or to another provider.

Most companies do not mention a timeline for the decision, or the move itself. It is still too early for that. However, the situation clearly illustrates the need for an actionable contingency plan.

These are our expectations and recommendations in order of priority:

2. Start now with  an alternative plan:  we expect >50% of the impacted 150 companies to at least engage in activities such as:

3. Move to a new partner if  needed:  a considerable group will start the actual procurement process for a RfI and RfP the coming months